Patriots Unfiltered Q&A: In search of a quarterback

Belichick, Brady and Tippett share their letters to the Pro Football Hall of Fame Selection Committee on Richard Seymour

After Further Review: Closing out the 2020 Patriots

Patriots reflect on trying 2020 season and playing for their brotherhood

My Cause, My Cleats: Your Patriots chosen charities

TELEVISION: This week's game will be broadcast by the Patriots Preseason Television Network on Thursday, August 13 at 7:30 p.m. EDT and can be seen in every New England state, as well as Alaska and Hawaii. The preseason network's flagship station is WBZ-TV CBS in Boston. WBZ-TV's Dan Roche provides play-by-play and is joined by former Patriots tight end Christian Fauria in the broadcast booth. Former Patriots linebacker Matt Chatham will provide sideline analysis along with WBZ-TV's Steve Burton. Patriots Football Weekly's beatwriters Paul Perillo and Andy Hart will also provide insight and analysis.

The game will also be shown nationally on NFL Network.

RADIO: 98.5 FM, The Sports Hub, is the flagship station for the Patriots Radio Network. A complete listing of the network's 39 stations can be found here. Play-by-play broadcaster Bob Socci will call the action along with former Patriots quarterback Scott Zolak, who will provide color analysis. 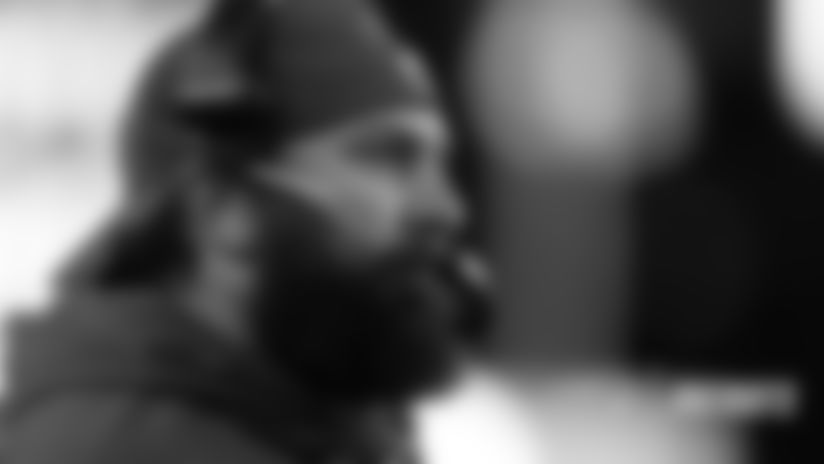 The long-time Patriots coach will reportedly return to New England in a varied capacity for the 2021 season.

Our staff has compiled what the top 'experts' are predicting the Patriots will do in the first round of the 2021 NFL Draft.

With the East-West Shrine Game and NFL Scouting Combine shifting to accommodate COVID-19, the Senior Bowl will press on and become even more important to draft scouting.

The Patriots have plenty of questions to answer this offseason and plenty of ammunition to make some big splashes.

Patriots Unfiltered Q&A: In search of a quarterback

Megan O'Brien sits down with Jim Nagy, the Executive Director of the Senior Bowl to discuss challenges facing the event this year as well as the impact it has on its participants.

Robert and Jonathan Kraft gave Governor Charlie Baker a tour of the mass vaccination site at Gillette Stadium on Thursday, Jan. 21. For information on the site, please visit: www.cic-health.com/vaccines

Take a look back at the Top 10 (11 when you count two game-winning field goals!) plays of the Patriots 2020 season.

We flashback to January 21, 1994, the day that Robert Kraft purchased the Patriots, which kept the team in New England.

Scott Pioli reflects on the 19th anniversary of 'The Snow Bowl'

The browser you are using is no longer supported on this site. It is highly recommended that you use the latest versions of a supported browser in order to receive an optimal viewing experience. The following browsers are supported: Chrome, Edge (v80 and later), Firefox and Safari.